Judging the Cover: I was drawn to the cover and it persuaded me to request the book from NetGalley. I’ve always thought that there was something creepy about the woods so I found this cover intriguing.

Plot according to Goodreads: A young New York City couple with a boy and a baby in tow, Ben and Caroline Tierney had it all…until Ben’s second novel missed the mark, Caroline lost her lucrative banking job, and something went wrong with 8-year-old Charlie. When Ben inherits land way upstate from his grandmother, the two of them began to believe in second chances. But upon arriving in Swannhaven, a town that seems to have been forgotten by time, they’re beset by strange sights and disconcerting developments…and they begin to realize they might have made their worst mistake yet. But what dark secret is buried in this odd place? And will Ben and Caroline figure it out soon enough to save their young family?

My Thoughts: I want to preface this review by saying that I read this as I was getting into a reading slump so I don’t think I had as much patience for reading as I normally do. This story felt like something I’ve seen many times before…family needs to escape the city and moves into a huge house in the country but strange things begin to happen when they get there. I found the story to be extremely slow moving and couldn’t connect with any of the characters (I didn’t even feel like the characters were connecting with each other). I decided to put it down permanently at the 46% mark. I really tried to commit to it but I had no interest in the plot whatsoever. This wasn’t the book for me. 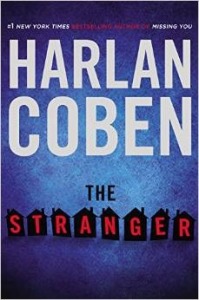 Judging the Cover: I like the colors and the houses strung together but I’m not sure I would pick this one up if I wasn’t familiar with the author.

The plot from Goodreads: Married parents Adam and Hannah confront the shocking secret on which their marriage is built—leaving Adam wondering whether he ever truly knew Hannah at all.

My thoughts: I went into this book with no expectations. I was not disappointed. The story is about secrets being revealed and the mysteries that occur after the revelations. I found this story interesting and unpredictable. It wasn’t “unputdownable” but I enjoyed it in its entirety.

The Good: This is the second book I’ve read by Harlan Coben and I love his writing style. It’s straightforward and simple and it’s very easy to fall into. The plot had many facets to it that all came together in the end. The characters were all interesting and even though there were many characters, it was easy to keep track of them.

The Things I Didn’t Like: There really wasn’t anything “special” about this book. I enjoyed it but there was nothing that really stood out and I feel that it won’t be memorable over time.

I received this book from NetGalley in exchange for an honest review. 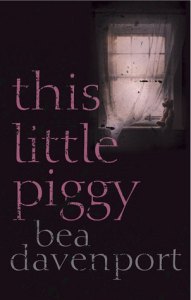 Judging the Cover:  I chose this book based on the cover and title, it has a dark and creepy feel to it which goes well with the story. I also love the font of this book.

Plot from Goodreads: It’s the summer of 1984 and there is a sense of unease on the troubled Sweetmeadows estate. The residents are in shock after the suspicious death of a baby and tension is growing due to the ongoing miners’ strike. Journalist Clare Jackson follows the story as police botch the inquiry and struggle to contain the escalating violence. Haunted by a personal trauma she can’t face up to, Clare is shadowed by nine-year-old Amy, a bright but neglected little girl who seems to know more about the incident than she’s letting on. As the days go on and the killer is not found, Clare ignores warnings not to get too close to her stories and in doing so, puts her own life in jeopardy.

The Good: This story takes place during the UK miners’ strike in 1984, which I had never heard of. Learning about that time period was extremely interesting to me. I loved the characters of Clare and Amy and the relationship that they had. The story is a murder mystery that follows Clare, a journalist, which was unusual…instead of trying to solve the crime, Clare was documenting what was happening. I enjoyed this perspective, it was a nice change from the usual police procedural novels.

The Not So Good: Unfortunately, I was able to figure things out before they were revealed. I live for the shock factor in books and this one didn’t have it. There weren’t any moments that had me on the edge of my seat.

My Rating: I rated this book 3/5 stars and would recommend it for anyone who is a fan of crime fiction.

I received this book from Netgalley in exchange for an honest review. 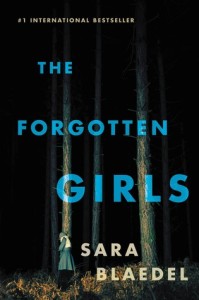 Thank you to Grand Central Publishing and Netgalley for an arc of this book in exchange for an honest review.

Judging the cover: I was really drawn to this cover, I love the font and the title as well as the eerie image of a girl in the woods. Thumbs up to this one!

Genre: This is a Scandinavian police procedural adult novel that takes place in Denmark. It could also be classified as a mystery.

Plot from Goodreads: In a forest in Denmark, a ranger discovers the fresh corpse of an unidentified woman. A large scar on one side of her face should make the identification easy, but nobody has reported her missing. After four days, Louise Rick–the new commander of the Missing Persons Department–is still without answers. But when she releases a photo to the media, an older woman phones to say that she recognizes the woman as Lisemette, a child she once cared for in the state mental institution many years ago. Lisemette, like the other children in the institution, was abandoned by her family and branded a “forgotten girl.” But Louise soon discovers something more disturbing: Lisemette had a twin, and both girls were issued death certificates over 30 years ago. As the investigation brings Louise closer to her childhood home, she uncovers more crimes that were committed–and hidden–in the forest, and finds a terrible link to her own past that has been carefully concealed.

My thoughts: I was very excited to read this book based on the synopsis and the cover of the book. I am fascinated by stories that involve institutions, so this sounded like it was right up my alley. Unfortunately, I was disappointed for the first 70% of the book. It didn’t really get interesting to me until the last 30% , but when it picked up, I became completely engrossed in the story.

The good: The ending of this book was amazing! I was unable to figure out the “culprit” of the story, which is always a good thing because I love to be surprised. The ending was very chilling and I can’t stop thinking about it. Even though this was book 7 of a series, the author did a good job at bringing the reader up to speed with what was happening in the main character’s life.

The Not So Good: Because this book was translated, I think some things just didn’t carry through the story well. The story is set in Denmark and a lot of places and unusual (to Americans) names were mentioned, which made it very hard to keep track of who they were talking about and where they were going. I also felt the pacing of the book was very slow and it could have been edited a bit more as some things in the story didn’t seem relevant (but could possibly be relevant to the series, which I haven’t read). I didn’t feel like the story focused enough on the missing girls and focused too much on the personal lives of the main characters. I also didn’t really feel like I was able to connect with any of the characters. I was bored with the first 3/4 of this book.

My rating: I had to really think about my rating because I had so many problems with the first 3/4 of it but then the last quarter blew me away. I ended up rating it 3/5 stars and would recommend it to people who enjoy police procedural books.

I received an e-arc of this book from Netgalley.

The plot from Goodreads: A serial killer is at large and he has found a way to gain something from the murders. Frank Bennett is starting a new job as a homicide detective and he and his new partner, Eden Archer are on the case. There is something mysterious about Eden and her brother Eric as Frank quickly begins to realize.

My thoughts: This is one of those books that is best to go into without knowing a lot. The story is complex and it jumps between past and present. It has mystery, suspense, and a bit of romance. There are some moments that were similar to the Dexter television series…if you like Dexter, chances are that you would love this. There are some graphic scenes so it may not be for everyone.

The good: This was what I would classify as an “unputdownable” book and I found myself thinking about the story when I wasn’t able to read it. I loved the serial killer storyline and was very interested in the reasons that the murders were occurring. It was an interesting and thought provoking look at what people would do out of desperation. I really liked the characters in the story, they felt very real and were well developed. I also loved the writing style…the pacing was great and it was a very easy story to slip into.

The Not So Good: The only thing that I disliked about the book was the romance angle…I felt like it was forced and had an insta-love feel to it. It just didn’t seem necessary to the plot.

My rating: I gave this book 4 1/2 stars and would absolutely recommend this to anyone who loves mystery and suspense stories.