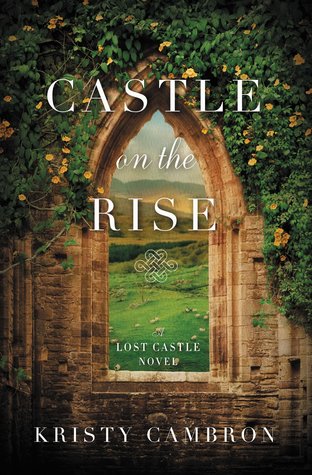 A storied castle. A band of rebels. And a nation chasing the centuries-old dream of freedom . . . What legacy will they leave behind?

When Laine Forrester travels to France to attend her longtime friend’s vineyard wedding, she expects to find a bride on the brink of a fairy-tale life. But after a series of unforeseen setbacks–a devastating diagnosis, a castle restoration put on hold, and the emergence of deep-seated family dynamics that threaten to derail the new couple’s fledgling marriage–it seems the storybook life Laine had imagined for her friend–and once, for herself–is suddenly crumbling before her eyes.

With hopes of resurrecting a happy ending for one of them, Laine throws support behind her friend and agrees to accompany the couple to the groom’s family home in Ireland, where the merging of a mysterious inheritance, long-buried wounds, and a fractured family set out to upend the trip from the start. It’s in the unlikely corners of a historic Dublin pub, and across the wide-open moors bordering Ireland’s majestic Wicklow Mountains, that Laine is slowly drawn in by the land and the people, sparking hope for something she never imagined possible: the courage to heal. But with secrets of her own–and a heart afraid to trust again–Laine must determine how much she’s willing to risk in mending the broken places within herself, and whether she believes that even through the depths of our pain, a beautiful story can emerge.

Set in three time-periods–the revolutionary era of the late eighteenth century, Ireland’s turbulent Easter week of the 1916 Rising, and present day–Castle on the Rise weaves a story of legacy, conviction, and redemption against the backdrop of Dublin’s storied streets, and the stretch of Ireland’s stunning emerald shores. It raises the question: given the choice between the fairy tale or a life of truly anchored faith–which legacy would you choose?

This story is told in 3 different time periods (present day, 1916, and 1798) and follows many characters in Ireland. All the stories involve a crumbling castle and manor near the Irish Sea.

The story is very atmospheric, as I read the words, I was swept away to Ireland and felt as though I was travelling along with the characters. Kristy Cambron is very gifted of describing everything so that the picture is very clear and vivid.

I found the book to be very educational as I had never learned about the 1916 Easter Rising or even the snugs in Irish pubs (which I found very interesting and had to google pictures after reading about them).

I did find the plot to be a little bit dull and I was not very interested in any of the romances. I also felt as though the story didn’t seem like a Christian fiction story…it seemed more like a clean fiction story.  I also at times got confused by the number of characters and the 3 timelines switching back and forth.

Overall, the atmospheric quality of the story was my favorite part.

I received this book from the publisher to review. All thoughts and opinions are my own.