Charlene Dixon—called Charlie by family and friends—is devastated at the recent loss of her job.
For the last five years, the twenty-seven-year-old has blossomed as the activities director of an exclusive all-girls school. But when a misunderstanding with the headmistress leads to a pink slip right before the holidays, Charlie packs up her dreams and returns to her grandmother, Sis, who raised Charlie as her own in the mountains of North Carolina.

When Charlie arrives—broken and confused—Sis immediately puts her granddaughter to work behind the scenes of the local school’s Christmas play, A Christmas Carol. Charlie prickles at working with Dustin Kennedy, the drama teacher and her old crush from schooldays, but is even more put out at that the choice of the Dickens’ classic for the holiday performance. When she discovers her estranged father’s involvement her world turns on its head once more. But when Sis and Dustin encourage her to take a deeper look at the story behind A Christmas Carol, Charlie learns about trust, faith, and forgiveness and the needs of people in their own community.

Purchase a copy: http://bit.ly/2bUfaqD
About the author: 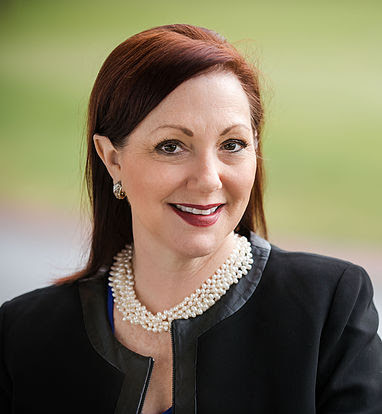 Eva Marie Everson is an award-winning speaker and author of The Road to Testament, Things Left Unspoken, This Fine Life, Chasing Sunsets, Waiting for Sunrise, Slow Moon Rising, and The Potluck Club series (with Linda Evans Shepherd). She is the president of Word Weavers International, Inc., a member of AWSA, ACFW, RWA, the director of Florida Christian Writer’s Conference, and the contest director for Blue Ridge Mountain Christian Writer’s Conference. She and her husband make their home in Casselberry, Florida.
Website | Facebook | Twitter | Pinterest
My Thoughts: I love the cover of this book…it was the main reason I wanted to read it. The story focuses on Charlie, who has hit a rough patch, and is returning to her hometown for Thanksgiving. Her path crosses with her old crush and a romance ensues. It also revolves around an upcoming production of A Christmas Carol. The main story parallels Charles Dickens’ life (the main character’s name is Charlie and she and Charles Dickens both have strained relationships with their fathers, named John).
I found the background information about Charles Dickens interesting but the parallels to the main story seemed a bit too coincidental.
The characters were not very developed and the romance moved very fast. I also found that the main character was over-dramatic about  certain situations.
I liked the theme of forgiveness and the overall message of the story.
Overall, this was a good Christmas story but it wasn’t as enjoyable as I was hoping it would be.
I received this book from Litfuse Publicity Group in exchange for an honest review.