Young Madeline and Roark are desperately running from the shadow that destroyed their home and is threatening their lives.

One day, they encounter Tatus, an older man who has sworn to avenge the death of his family at the hands of the shadow, and they form an alliance with him. Tatus promises that he can keep them safe from the shadow if they will help him build a fortress. So they build.

But as fortress-building consumes their lives, Madeline and Roark are increasingly filled with anger and fear, and an unseen evil threatens to ultimately destroy them. When they finally face the shadow, he presents them with an unthinkable offer that will reveal shocking secrets of the forgotten past, the unseen present, and the unimaginable future.

We’ve all had the feeling that something’s not quite right with our lives. It’s bigger than any specific failure or disappointment. It’s bigger than any person. No matter what you achieve or how much you drink or sleep, you can’t shake it. It haunts you—night and day—and propels you to do something. So you build. You build and build the maze that is your exhausting life. Sound vaguely familiar?

The Seed: A True Myth is a journey into the personal labyrinths we create to protect ourselves and those we love from the pain of living in a broken world. Guzman’s “true myth” takes the reader on an unforgettable journey that is, in essence, the grand narrative of God’s redemptive work in the world. This page-turning Christian fantasy tale is packed with mystery and drama, and readers will feel the weight and power of redemption as they journey alongside Guzman’s characters in their epic battle. The Seed deftly communicates the heart of Trinitarian theology through story—without using theological language or Christian terms—and reinforces biblical themes such as God’s character and man’s true identity and calling.

Purchase a copy: http://bit.ly/1YSvMfl
About the author: 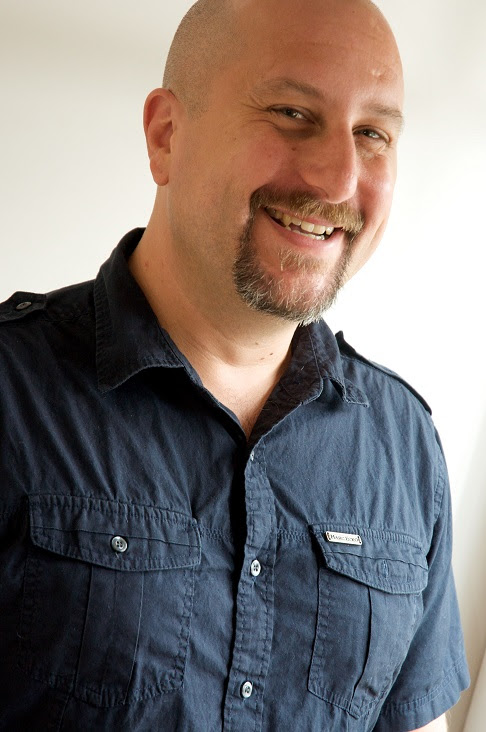 Erik Guzman is Vice President of Communications and Executive Producer at Key Life Network. He’s the cohost of the nationally syndicated talk show Steve Brown, Etc. and announcer for “Key Life.” His writing has been featured in Key Life’s magazine and online at KeyLife.org, Liberate.org, Burnside Writers Collective, and Sojourners (sojo.net). He is also a Lay Eucharistic Minister, a drummer, and a 5th degree black belt in Aikido. Erik, his wife, and three children live near Orlando, Florida.
Website | Facebook | Twitter
My Thoughts: I was a little hesitant to read this because I have never really dipped my feet in the fantasy genre. Fortunately, this was a very easy read. I had no trouble picturing the scenes and enjoyed being transported to another world.
The story was very interesting, filled with symbolism that was easy to decipher. The characters were interesting and mysterious. This would be a great book for those who are interested in fantasy but don’t want to start with something too fantastical.
There was a bit of foul language, which I didn’t enjoy, but other than that, it was an interesting story.
My Rating: